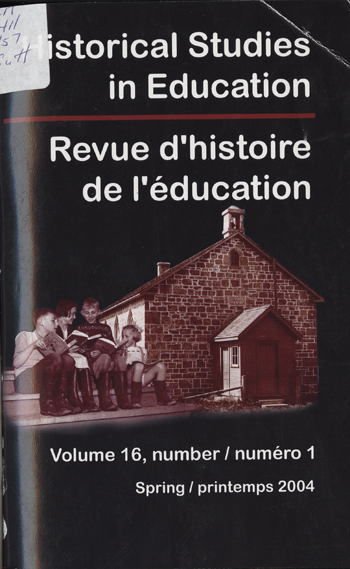 Of all the issues that students, parents, teachers, and schools encounter, few are so difficult to manage as sexuality. We persist in believing that the body does not belong in the classroom except as an object of study or improvement. Inappropriate body behaviour with a sexual edge intimidates us, so much so that accounts tend to be oblique or non-existent. Their scarcity makes particularly valuable a set of records that survive from British Columbia in the late nineteenth century. Even though public education was becoming centralized, a general unwillingness to face up to issues of sexuality caused almost all of the thirty allegations that were located in the Superintendent of Education’s correspondence to be resolved at the local level. The most frequent tactic was parental boycott of the school. The allegations divide between those against teachers and those against students. Regardless of who was implicated, the teacher was almost always caught in the middle and ended up resigning.
HTML PDF